Azerbaijan and the World Bank have discussed cooperation to rehabilitate territories liberated from Armenia's occupation in last year's war.

The discussion took place during the meeting of Azerbaijan's Economy Minister Mikayil Jabbarov and the World Bank Country Manager for Azerbaijan Sarah Michael.

"During our meeting with Sarah Michael, the World Bank Country Manager for Azerbaijan, we discussed the implementation status of joint projects, cooperation with the Bank in the restoration of liberated territories and new projects," the minister wrote on his official Twitter page on October 26.

The minister said that Azerbaijan attaches great importance to the partnership with international financial institutions, as well as the World Bank, and highly appreciated the Bank's technical assistance and financial support to the country.

He stressed that cooperation with the Bank in various spheres is of special importance from the point of view of the application of advanced international experience in Azerbaijan.

In turn, Sarah Michael underlined the fruitful cooperation between the Bank and Azerbaijan and expressed support to economic reforms carried out in the country.

The meeting focused on measures taken to diversify the economy of Azerbaijan, develop the non-oil sector, encourage investment and further improve the business environment, as well as to revive the economy in the post-pandemic period.

Azerbaijan and the Asian Infrastructure Investment Bank have discussed the prospects for cooperation in green and smart concepts.

The discussion took place during the 6th annual meeting of the board of governors of the AIIB.

"New challenges in climate policy are one of the most pressing global issues today. During the 6th Annual Meeting of the Board of Governors of the Asian Infrastructure Investment Bank, we discussed prospects of partnership with the bank regarding implementation of green and smart concepts in Azerbaijan according to 2030 agenda," the minister wrote on his official Twitter page on October 26. 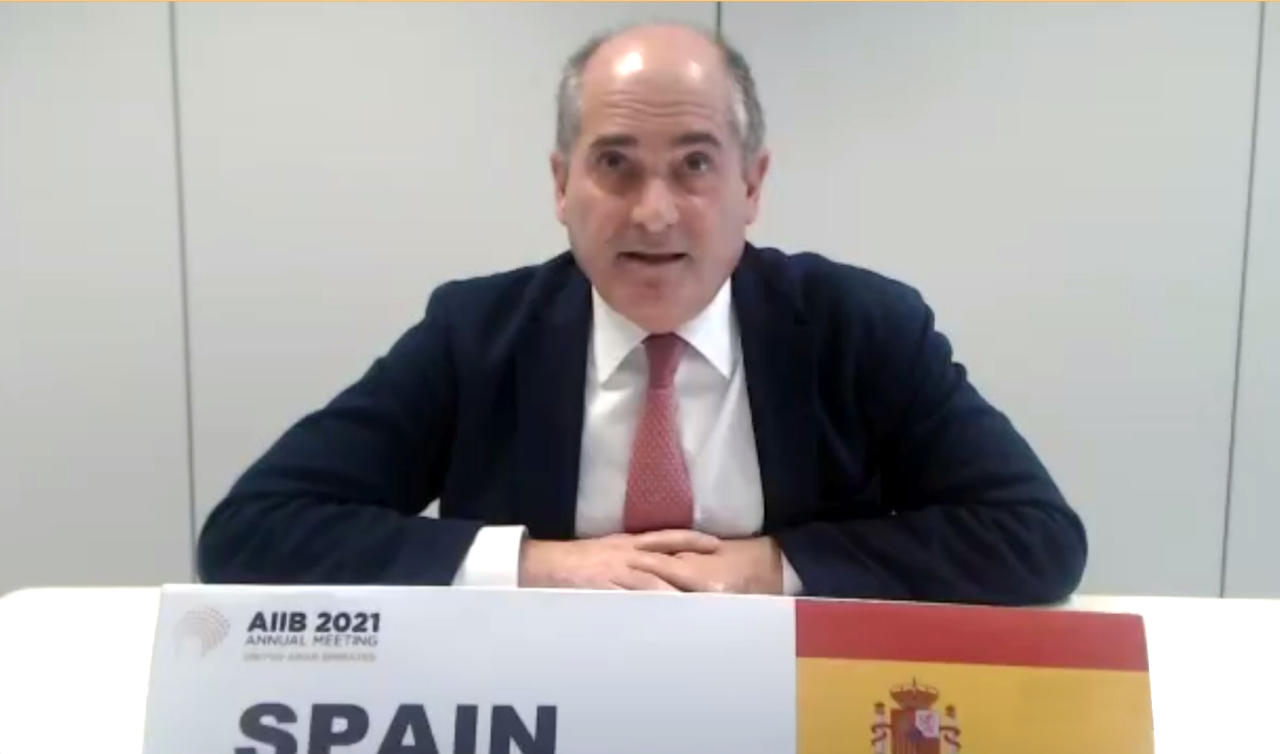