The film tells about the photographs captured by the French photographer Paul Nadar in Baku.

In 1890, the famous "The International Sleeping-Car and European Great Expresses Company" organized a trip to Transcaucasia and Central Asia. Paul Nadar was invited to take part in this expedition as a photographer. He was one of the first foreign passengers of the "Trans-Caspian Railway".

As part of this trip, traveling through the Caucasus, Paul Nadar visited Baku, the images of which were reconstructed and reinterpreted for the public via his photographs.

The event was opened by the head of the YARAT cultural programs department Ulviya Akhundova, who stressed the importance of showing a documentary within the Baku Street Photography Festival.

Unfortunately, the State Archive of Azerbaijan does not store the originals of his works (photographer's negatives) although they are important for the history of Azerbaijan's photography.

Nadar was the first to use a portable camera in Azerbaijan, as a result of which his report can be considered the first full-fledged photo reportage of street photography in Azerbaijan.

"Paul Nadar's photographs were taken in 1890. Our film also features the cover of the first edition of Jules Verne's novel "Clodius Bombarnac" from the IFA archives. In fact, half of this novel was written from Paul Nadar's travel diary, where he described the city of Baku and his trip in general. Unfortunately, the diary was not translated into Azerbaijani, and I think it would be great in the future if it is translated and published in our country," said Huseynov.

The film screening was followed by a performance of famous composer and musician Araz Ozara. 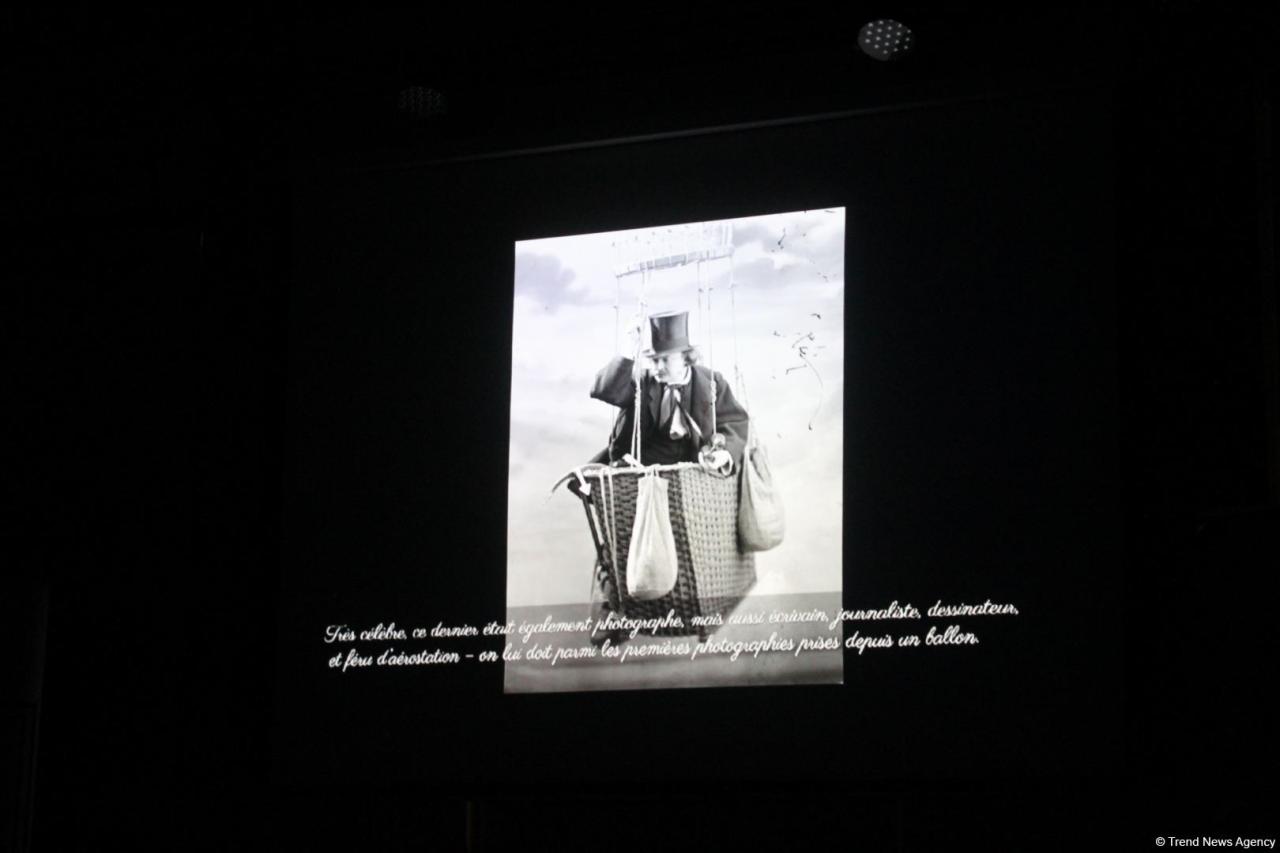