The national designer will delight fashionistas with stunning outfits from fashion collection inspired by Karabakh region.

The International Digital Fashion Week will open its doors on September 5, bringing together leading fashion designers from 75 countries.

Speaking about the fashion event, Gulnara Khalilova told Trend Life that the Digital Fashion Week is a platform that unites the fashion world of America, Europe and Asia. World famous designers will take part in the project, showcasing ther fashion collections. As Khalilova noted, it is a great honor for her to represent Azerbaijan at such prestigious international event.

The four-day fashion show was held virtually amid coronavirus pandemic, bringing together designers from many countries. 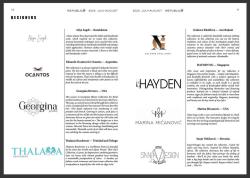