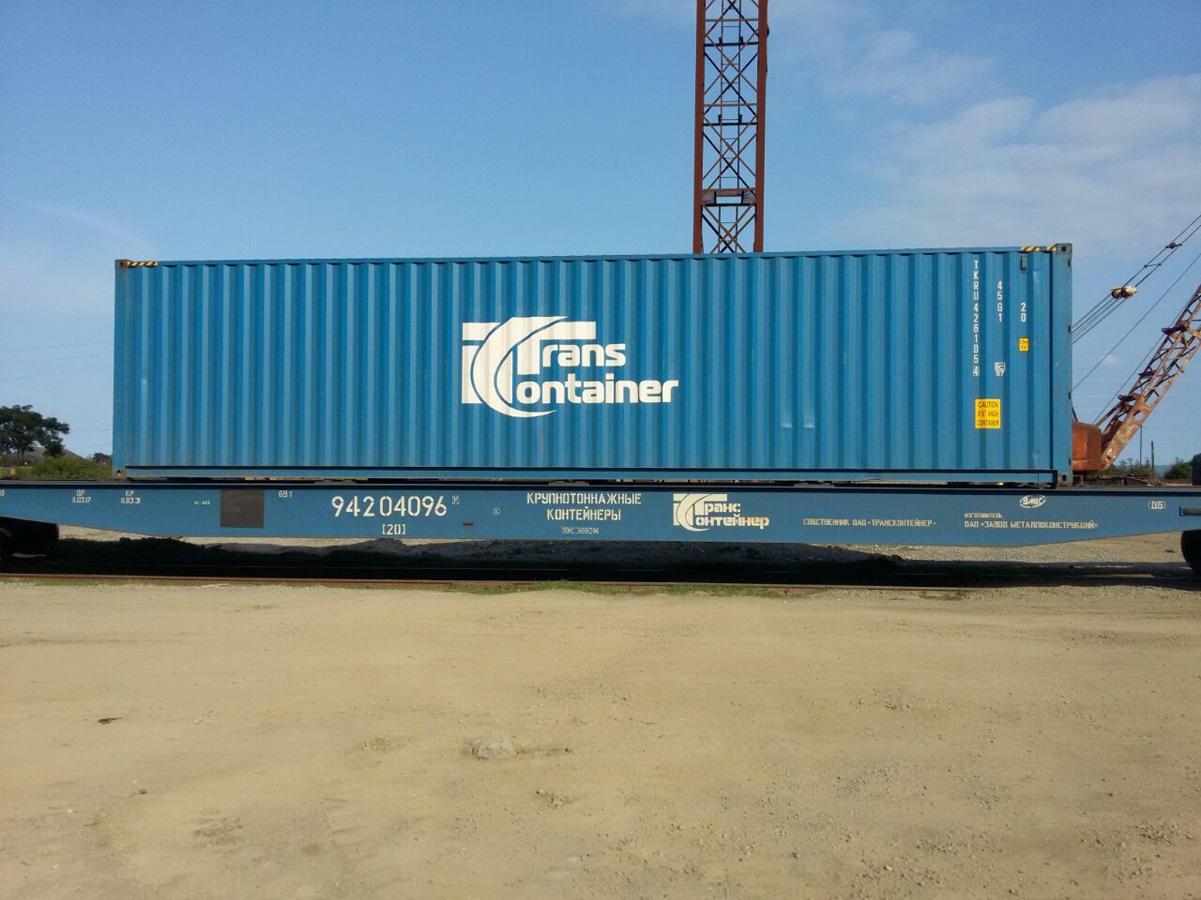 During the meeting, the sides discussed construction of Iran’s Astara terminal, the transportation prospects along the Astara (Iran) - Astara (Azerbaijan) railway as part of the International North-South Transport Corridor.

He also noted that Azerbaijan Railways and Islamic Republic of Iran Railways signed an agreement on the project “Construction and operation of the Astara loading and unloading terminal”.

According to the agreement, the Azerbaijan Railways CJSC leases a 1.4 kilometer-long railway line for 15 years, and a terminal for 25 years, he said, adding that the Astara (Azerbaijan) - Astara (Iran) international railway is planned to be commissioned in the near future.

During the discussions it was noted that the International North-South Transport Corridor will unite the railways of the Scandinavian countries, Russia, and Azerbaijan in a single network.

Saeed Mohammadzadeh said that this project will strengthen the railway communications of Azerbaijan, Iran and Russia, the transit and economic potential of these countries, as well as give impetus to the cargo flow in this direction.

The Astara (Iran) - Astara (Azerbaijan) railway line, which is the basis of the International North-South Transport Corridor, will connect the railway systems of Iran and Russia through Azerbaijan.

The International North-South Transport Corridor, a 7,200 kilometer-long freight route connecting India, Iran, Azerbaijan and Russia via ship, rail and road, is meant to connect Northern Europe with Southeast Asia. The main objective of the INSTC is to provide an alternative to the traditional routes carried out by sea through the Suez Canal and the Mediterranean and the Baltic Sea.

The corridor project has made a big step recently. In February 2016, Iran began construction of the Qazvin-Rasht and Astara (Iran) - Astara (Azerbaijan) railroad sections.

The Astara-Astara railway, as well as a station and cargo terminals in Iranian Astara were expected to be put into operation on December 25, but then this was postponed to January 2018. Azerbaijan will use railway facilities in Iranian Astara for at least 15 years.

For the Rasht-Astara railway - the longest section on the line between Iranian cities - Azerbaijan has allocated a $500 million loan for Iran to finance its construction. Construction will begin in the first half 2018. The opening of the 164-kilometer section is planned for 2020, making it possible to travel from Baku to Nakhchivan by train.

In December 2017, the Asian Development Bank (ADB) approved the granting of a loan for implementation of the North-South Transport Corridor Project. ADB itself will issue $400 million, and the French Development Agency (FDA) will provide another $175 million in co-financing.

The route is expected to be fully put into operation in two-three years. Meanwhile, cargo transportation along the North-South corridor for three quarters of 2017 exceeded 4.7 million tons, which is 21.6 percent higher than in the same period of 2016.