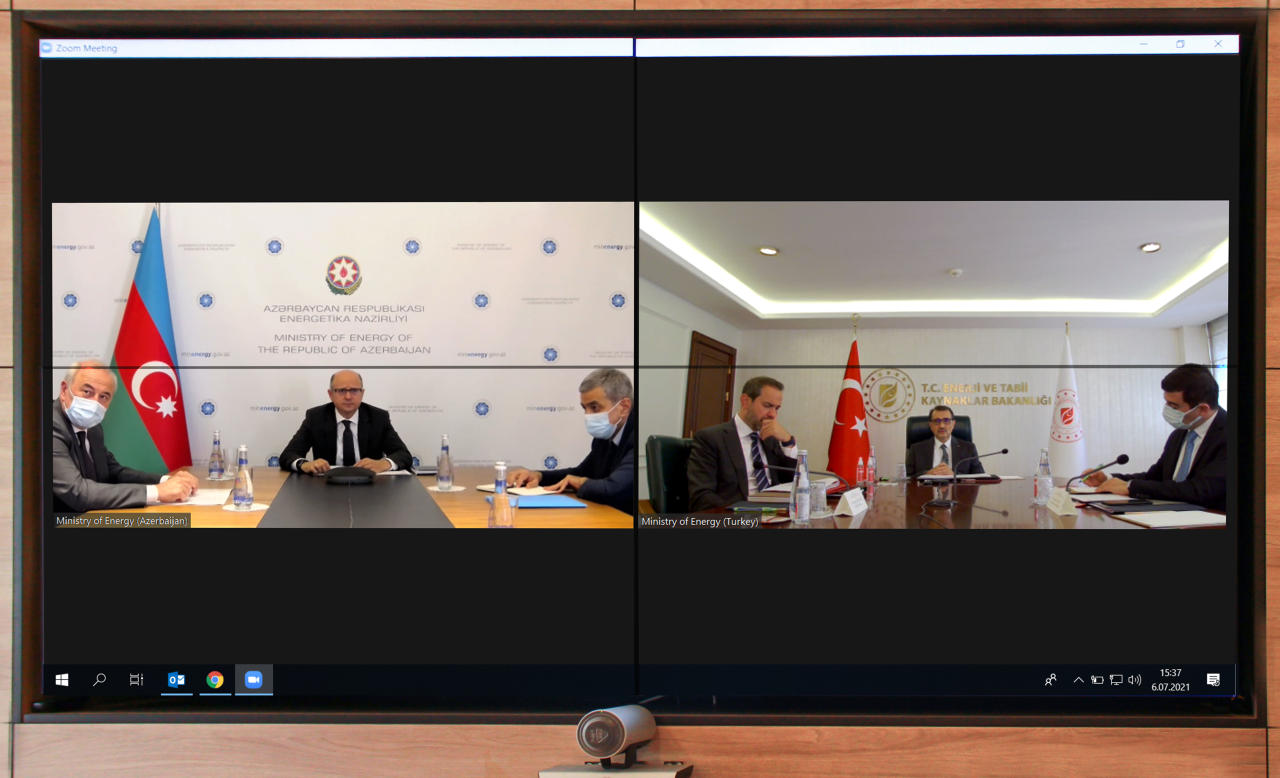 Baku will host the Azerbaijan-Turkey Energy Forum in October 2021. The forum will be held as a platform to contribute to the development of energy cooperation in the areas of hydrocarbon, petrochemical, renewable energy and other areas.

The agreement to host the forum was reached at a videoconference between Azerbaijan’s Energy Minister Parviz Shahbazov and Turkey’s Energy and Natural Resources Minister Fatih Donmez on July 7.

During the meeting, the parties discussed the provisions on energy cooperation in the Shusha Declaration signed by the heads of states of both countries on June 15.

Shahbazov emphasized that the declaration cemented bilateral friendly, brotherly relations in all fields, including in energy sphere.

“The issues such as the Southern Gas Corridor and regional cooperation in the electricity field, as well as the declaration of the liberated territories as "green energy" zone by the Azerbaijani president, deepen our energy cooperation with Turkey,” he said, adding that discussions are being held with Turkish companies on cooperation in the renewable energy field.

In turn, speaking about the successful activities of TPAO and SOCAR in both countries, Donmez touched upon the strategic importance and prospects of joint cooperation in the third country.