Armenian soldiers kill each other due to stress 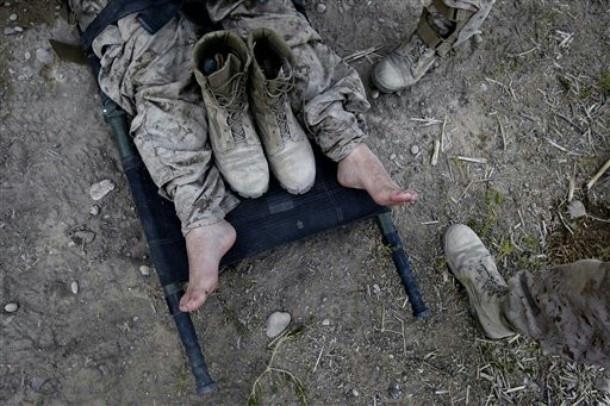 The constant stress the Armenian soldiers experience while serving in their armed forces makes them take desperate steps that often destroy their entire future life.

One of such cases is the story of a 19-year-old Armenian soldier Hovhannes Khudaverdyan. Native of Mkhchyan village of Armenia’s Ararat province, the serviceman pleaded guilty to the murder of a fellow soldier Vahagn Virabyan and was sentenced to nine years and nine months’ of imprisonment, Armenian media report.

The two soldiers had an argument on October 14, 2016, while serving in one of the military units in the south of occupied Nagorno-Karabakh. The reason was that Khudaverdyan told the military command that Virabyan was allegedly sleeping in a fighting position. After that, Virabyan cursed and insulted Khudaverdyan, according to the latter’s testimony. Thus, Khudaverdyan several times fired from his assault rifle into Virabyan.

The forensics showed the murderer was sane and realized his actions when committing the crime. The witnesses informed that he was saying “he swore right in my face, how could I not kill him?” “let them judge me – I will not stand for curses.”

It is worth noting that this murder is far from the first of such cases happening in the Armenian troops. Armenian soldiers often became victims of hazing that continues to flourish in the Armenian army, especially in the occupied lands of Azerbaijan. These soldiers serve under constant fear and stress.

For instance, in October this year, Arthur Khachaturyan, an Armenian soldier who served in the occupied Aghdara region of Azerbaijan, could not withstand insults in army and shot a fellow soldier. In May, a Junior Sergeant of the Armenian army Gagik Mesropyan was fired by a fellow soldier in a combat position and later died on the way to the military hospital.

All the hazing and humiliation has a detrimental effect on the nervous system of young Armenian soldiers. Depressed servicemen are ready to shoot themselves or kill fellow soldiers due to even small problems with them. However, the Armenian government turns a blind eye on these issues, as the primary aim of the current regime is only to constantly stuff the army with soldiers. Everything that happens after conscription is not a matter of concern for the Armenian authorities and military command.

Baku hands over body of Armenian serviceman back to Yerevan

Baku hands over back to Yerevan missing Armenian serviceman

Over 50 Armenian soldiers died in army this year