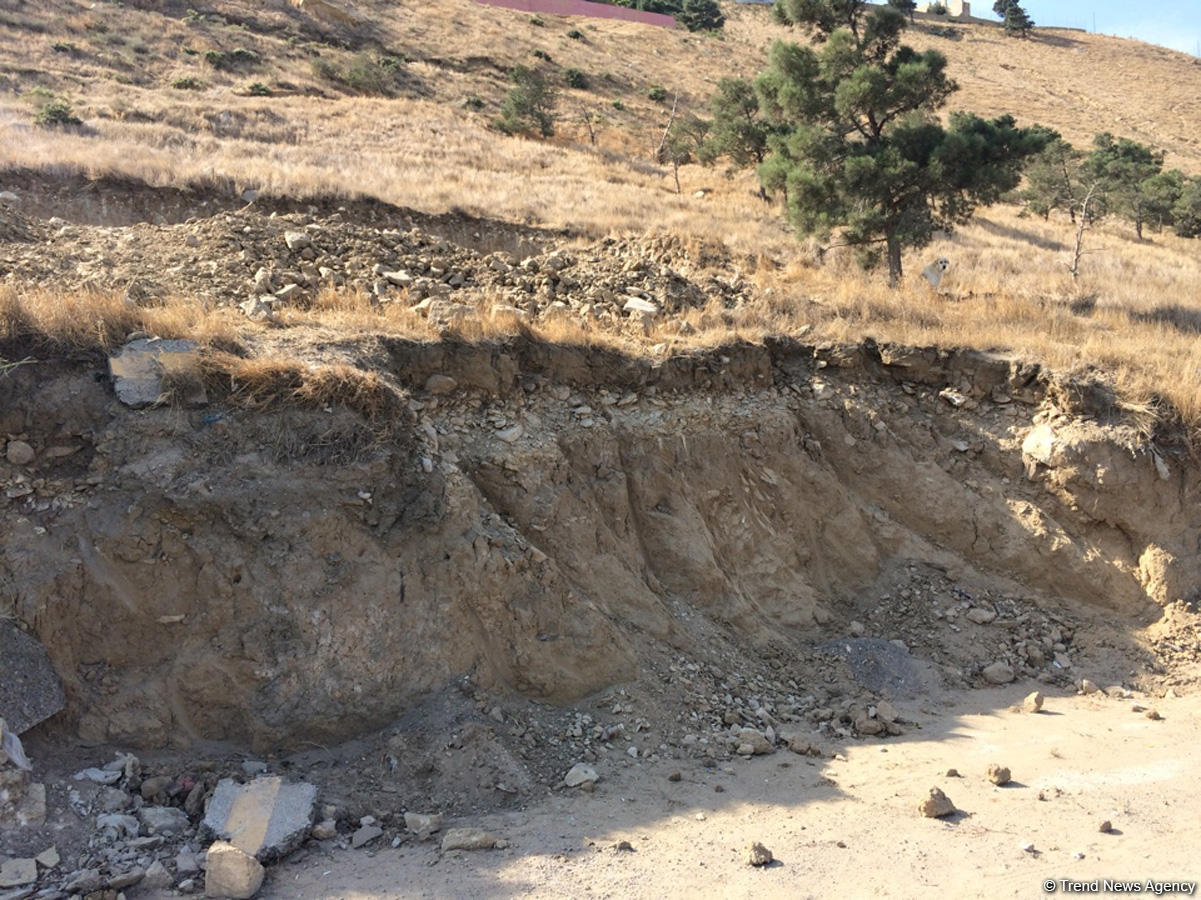 Landslides intensify at the Badamdar zone in the Sabail district of Baku.

According to the results of monitoring of the landslide zone at 21:00 on October 17, the activity at the site continues. Cracks are observed on the edges of the soil of landslide zone .

Note that the rain that started on October 16 increased activity in the Badamdar landslide zone. The rain set in motion the masses of soil. It is expected that the rains will continue.

In addition, a landslide again occurred in Bukhtinskaya Street in the village of Bayil, Sabail district of Baku. As a result of the landslide, house No. 9 was completely destroyed. Cracks formed on the walls of nearby houses.

It should be noted that on October 12, in the afternoon, a landslide intensified on the Bayil slope near the road connecting the village of Badamdar with the “20th section”.

As a result, traffic was restricted on the road, and residents of private houses in the third residential area of ​​the village of Badamdar were warned about the need to temporarily leave their homes.

Earlier, the head of the press service of Azerishig, Tanriverdi Mustafayev, told Trend that the supply of electricity was suspended in some places of the village.

In turn, the head of the press service of Azerigaz Ibrahim Kerbalaev said that gas supply to 11 private houses located on the site was suspended.

Landslides is the movement of masses of rock, debris, or earth down a slope due to gravity – cause serious problems for many countries around the world.

Fortunately, this geological phenomenon is not common in Azerbaijan, but the country still has some landslide zones.

The activity of landslide zones were  also observed in Binagadi district of Baku, some areas of Mashtaga village in Sabunchu district, Savalan settlement, Shusha town, located in Yeni Ramana settlement and Mirza Ibrahimov street in Masazir village of Absheron.

The activation of landslide areas on the Degadi-Palikesh highway was recorded as well.

Landslide activity was observed on the sections of the Jalilabad-Jangan-Soltankend and Khizi-Altiaghach highways.

Moreover, landslide areas intensified in the Shabran and Siyazan regions as well as on the Guba-Khinalig highway.

Landslides usually occur on valley slopes or river banks, in the mountains, on seashores, and even on the seabed. Scientists believe that human activity is the reason for 80 percent of the landslides, as their agricultural activity increases the risk of landslides.