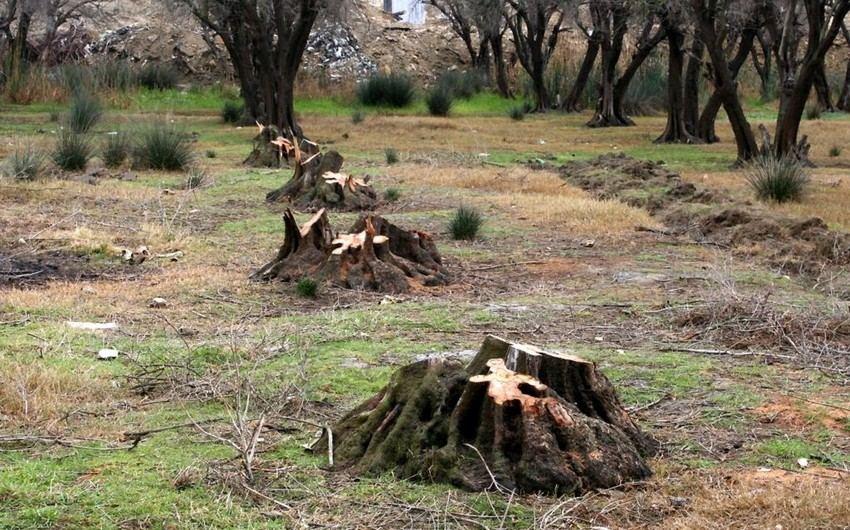 In order to accelerate the elimination of the damage caused by the Armenians to the forestland in Azerbaijan’s liberated territories, a number of measures will be taken, Deputy Minister of Ecology and Natural Resources of Azerbaijan Vugar Karimov told Trend.

“Within the measures, trees will be planted, seeds will be sown and other measures will be taken. But this will not be possible in reserves and national parks,” Karimov stressed.

“Planting trees in a nature reserve or national park does not correspond to the concept. Therefore, in these natural areas, preference will be given to natural restoration,” the deputy minister said.

“Restoration work will be carried out in the forests - planting trees, sowing seeds, and there are no problems with this. However, the use of such methods in nature reserves and national parks does not correspond to their conservation status. Therefore, work in reserves and national parks should be carried out in accordance with their status, namely, in the form of support for natural restoration - by fencing areas in order to limit anthropogenic impact,” said Karimov.

He noted that natural restoration in reserves and national parks is a long process, adding that the restoration work here will take decades.

The deputy minister stressed that having cut down trees in the reserves during the occupation period, the Armenians sowed grain, though there can be no economic activity in such places.

“The Armenians have caused such damage to our natural gene pool that it will be very difficult to eliminate it. Forest belts will again be created in these territories, but the problem is that it will take 100 years to form a 100-year-old oak forest,” added Karimov.