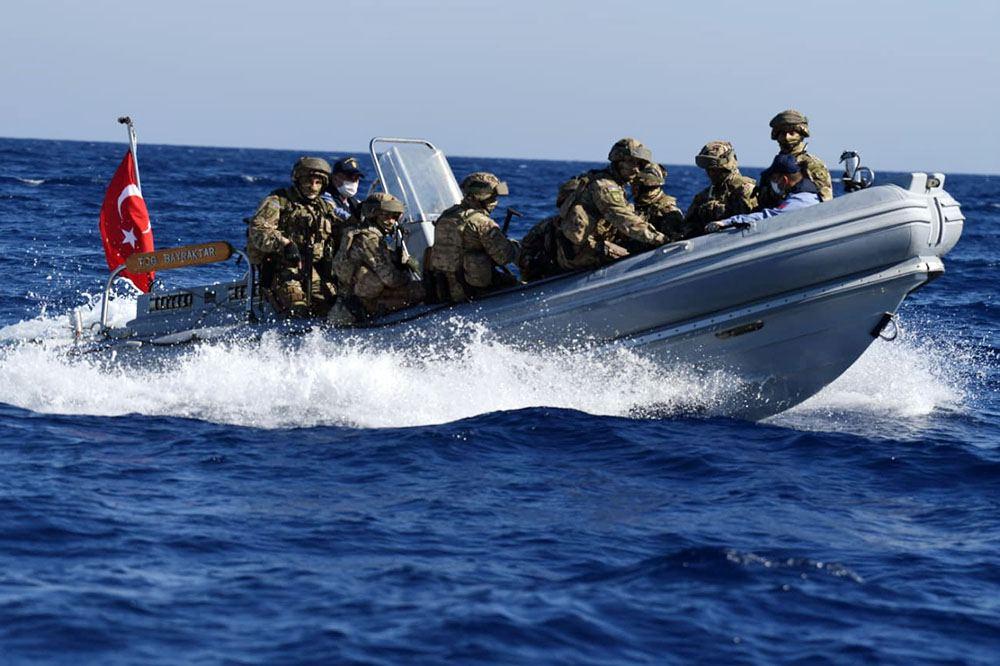 A second level assessment of the Ship Search Group of the Azerbaijani Army Naval Forces, declared in the Joint Forces Joint Force, was carried out within the framework of the NATO Operational Capabilities Concept at the Eastern Mediterranean 2021 multinational naval exercise in Turkey, Trend reports on Nov.9 with reference to the Azerbaijani Defense Ministry.

According to the ministry, the assessment of the Ship Search Group was conducted by a multinational assessment team and overseen by a NATO Naval Command observer team.

During the exercise, the tasks of a quick approach of the boat to a ship captured by a mock terrorist group, neutralization of terrorists and the release of the ship, as well as the safe evacuation of the crew were carried out in a highly professional and efficient manner.

It is noted that the purpose of the assessment exercises is to check the combat readiness, activity, and equipment of the units declared in the Joint Forces for compliance with NATO standards.