Uzeyir Hajibayli's musical comedy has been staged in Baku.

Each time "If Not This One, Then That One" evokes vivid emotions from the audience.

With its timeless music, stunning scenery and costumes it aroused unforgettable feelings.

"If Not This One, Then That One" is a musical comedy (operetta) in four acts by the outstanding Azerbaijani composer Uzeyir Hajibayli, written in 1910 year.

It reflects social and everyday relations in pre-revolutionary Azerbaijan. This is the second work of the composer in this genre. Along with his third operetta "The Cloth Peddler", it is also considered a national classic.

In the music, Uzeyir Hajibayli used folk and mugham music, while the text featured Fuzuli's ghazals.

The musical comedy premiered on April 25, 1911 at the same theater.

Through his comedy, Uzeyir Hajibayli reveals social and everyday prejudices widespread in society at the beginning of the 20th century.

For many years, the work has been successfully staged at various theater venues, shown at international festivals. Moreover, the film of the same name was produced as well. 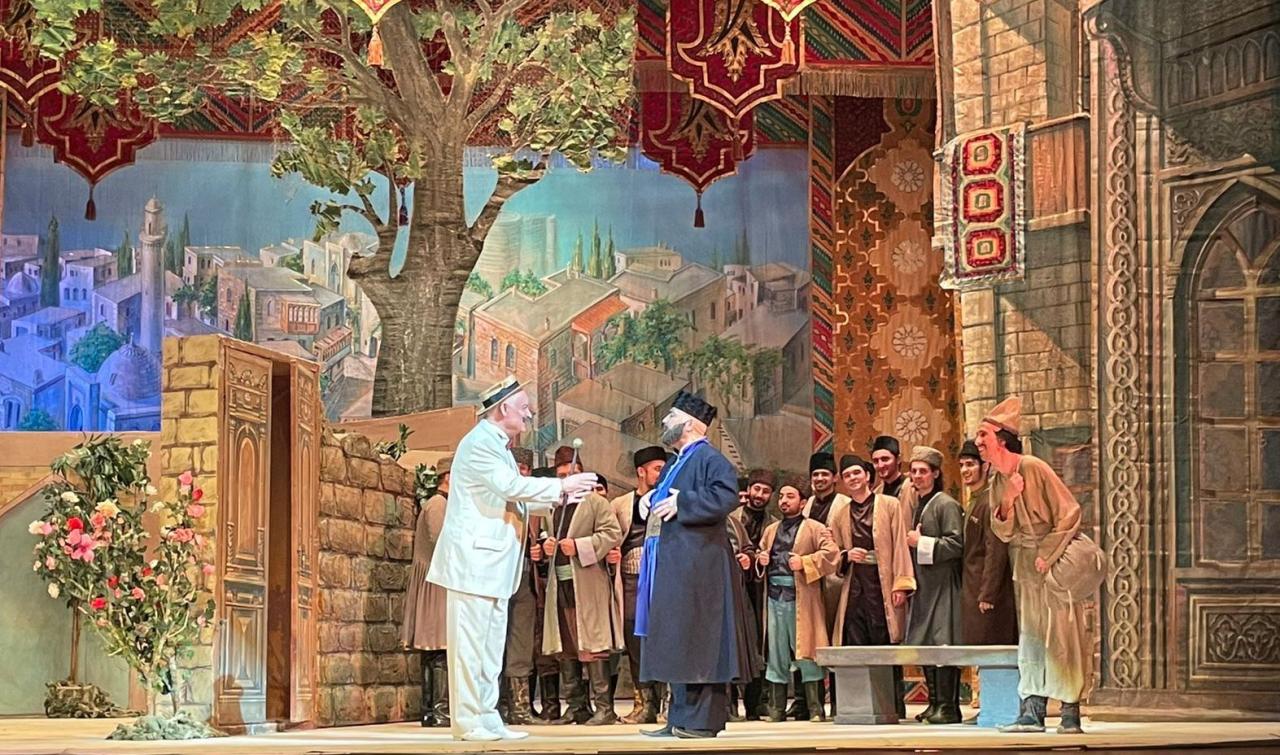