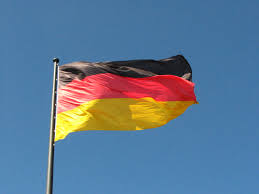 Energy-rich Azerbaijan, which keeps its focus on switching to export-oriented economy, is keen on strengthening cooperation with foreign countries in this regard.

“The existence of a chamber of commerce is essential in this regard. The organization may help to expand cooperation between business circles, develop trade relations and increase the volume of trade turnover between the countries. Moreover, it also contributes to the diversification of economy,” he said.

The ambassador said that Azerbaijan and Russia are the only countries among CIS states that operate chambers of commerce, underlining that Azerbaijan is the largest trade partner of Germany in South Caucasus.

Germany is Azerbaijan’s fourth most important trading partner, after Russia, Turkey and the United States.

The volume of trade turnover between Germany and Azerbaijan in January-April 2016 amounted to $355.25 million, which made 7.04 percent of the total volume of the country’s foreign commerce.

As much as $250.87 million fell to a share of export and amounted to 10.24 percent of the total export volume, taking the third place among exporters. The import amounted to $104.38 million, with a share of 4.02 percent of the total imports making Germany the ninth in the rank of importers. German exports to Azerbaijan consist mainly of motor vehicles, iron and steel goods, machinery and production facilities.