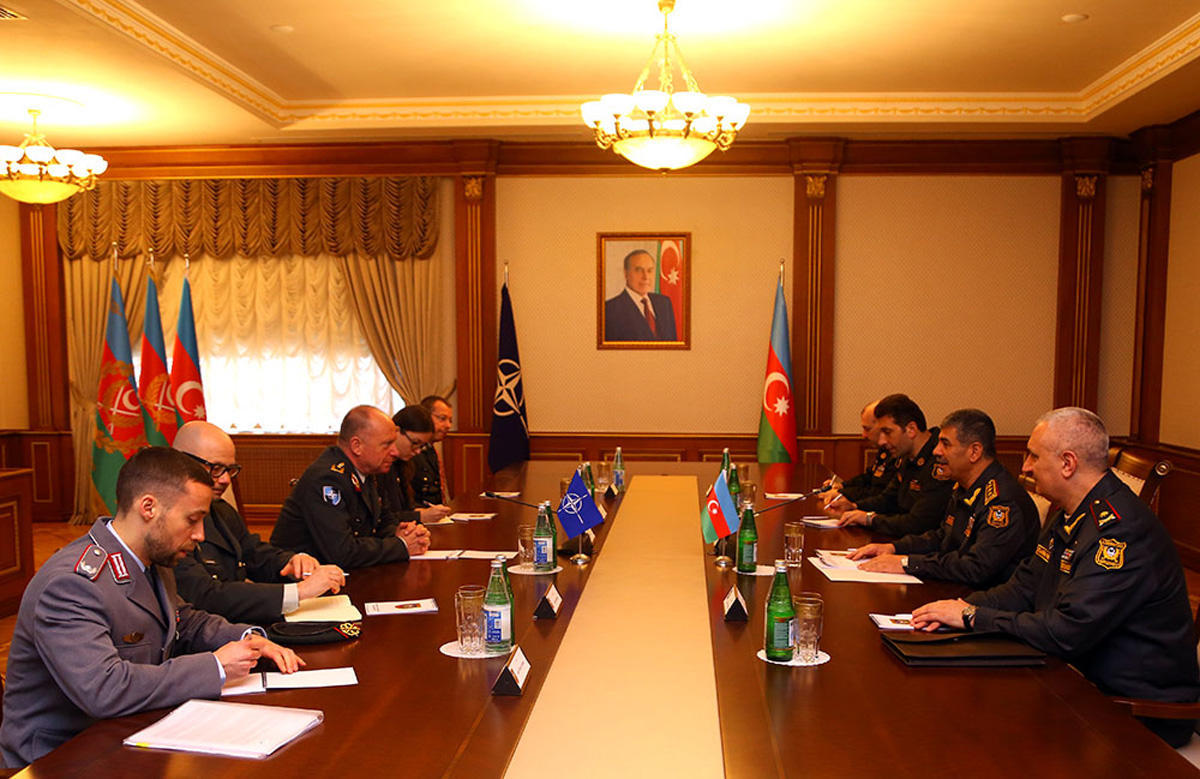 The history of Azerbaijan-NATO relations dates back to March 1992, when Azerbaijan, together with some Central and Eastern European countries, joined a newly established consultative forum – the North Atlantic Cooperation Council (NACC), which was transformed into the Euro-Atlantic Partnership Council later in 1997.

Azerbaijan’s Defense Minister, Colonel General Zakir Hasanov met on April 17 with a delegation led by Director General of NATO’s International Military Staff, Lieutenant General Jan Broeks, who is on a visit to Azerbaijan, the country's Defense Ministry said in a statement.

Hasanov also emphasized that political support provided by NATO to the territorial integrity and sovereignty of Azerbaijan serves to strengthen Euro-Atlantic security and that it is also important for regional peace and stability.

Jan Broeks, in turn, highly praised the Azerbaijan-NATO relations and highlighted the contribution made by Azerbaijan’s peacekeepers to international security within the missions in Afghanistan and active participation of Azerbaijani servicemen in many programs of the Alliance. He also praised high level of training of Azerbaijani officers undergoing service at various NATO headquarters.

During the meeting, issues of operational training, conducting exercises, providing military education and coordinating military operations were discussed. The sides also exchanged views on the current state and prospects of the cooperation development.

The cornerstone of the substantive partnership between Azerbaijan and NATO was laid down on May 4, 1994, when the national leader of Azerbaijan Heydar Aliyev signed the Partnership for Peace (PfP) Framework Document.

Azerbaijan conducts political dialogue with NATO on a broad range of issues of common concern based on the PfP principles. Within the political dialogue, which is held in different formats and levels, the issues like partnership, regional security, Armenia-Azerbaijan conflict, peace support operations, contribution to Afghanistan, emerging security challenges etc. are the matters of bilateral discussions and consultations. The high-level political dialogue based on mutual understanding promotes progress in the practical cooperation.

In the framework of its Individual Partnership and Cooperation Program based upon the PfP Framework Document, Azerbaijan has been participating annually at more than 200 events. Individual Partnership and Cooperation Program enables Azerbaijan to benefit from various activities such as courses, exercises, conferences organized by NATO allies and some partners.