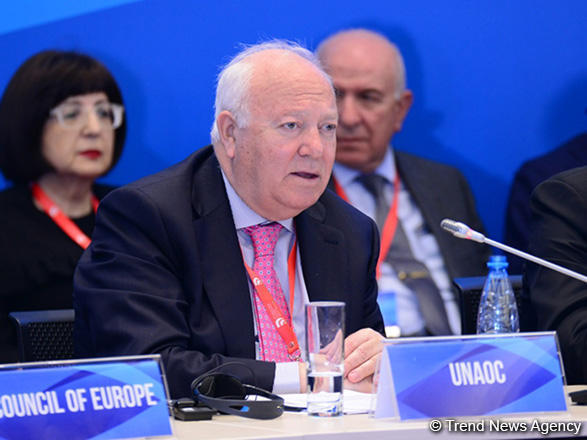 He was speaking at the 5th World Forum on Intercultural Dialogue in Baku, Trend reports on May 2.

The Alliance of Civilizations is engaged in spreading the principles of tolerance and mutual respect, Miguel Ángel Moratinos added.