The 52nd plenary session of the Parliamentary Assembly of the Black Sea Economic Cooperation (PABSEC) is taking place in Yerevan, and will last until Nov. 29, the Azerbaijan Press Council said in a message Nov. 27.

At the session, a report on the activities of PABSEC was heard, the role of trade unions and parliaments of member countries in the development and strengthening of regional economic cooperation, tourism and small businesses as well as prospects for their development were discussed.

The head of the Azerbaijani delegation, deputy chairman of the parliamentary committee for agriculture policy Eldar Guliyev made a report on the topic “The role of parliaments in the development of regional economic cooperation.”

In his speech, he touched upon issues of economic and humanitarian security, information security, measures to combat international terrorism, drug trafficking, environmental problems in the region.

The MP noted that the region is a space where not only economic but also global projects are implemented. He noted the position of Azerbaijan in this context, the role of the Baku-Tbilisi-Ceyhan (BTC) pipeline and the importance of the TANAP project.

MP, chairman of the Azerbaijan Press Council Aflatun Amashov made a report on the topic “State support for the development of small businesses in Azerbaijan”, where he stressed the need to strengthen cooperation on small business in the BSEC countries.

The delegations of Azerbaijan, Turkey, Georgia and Ukraine, participating in the 52nd plenary session of PABSEC in Yerevan, refused from jubilee medals on the occasion of the 25th anniversary of the organization’s establishment.

At the session, deputies of the BSEC chairman and secretary general were elected. 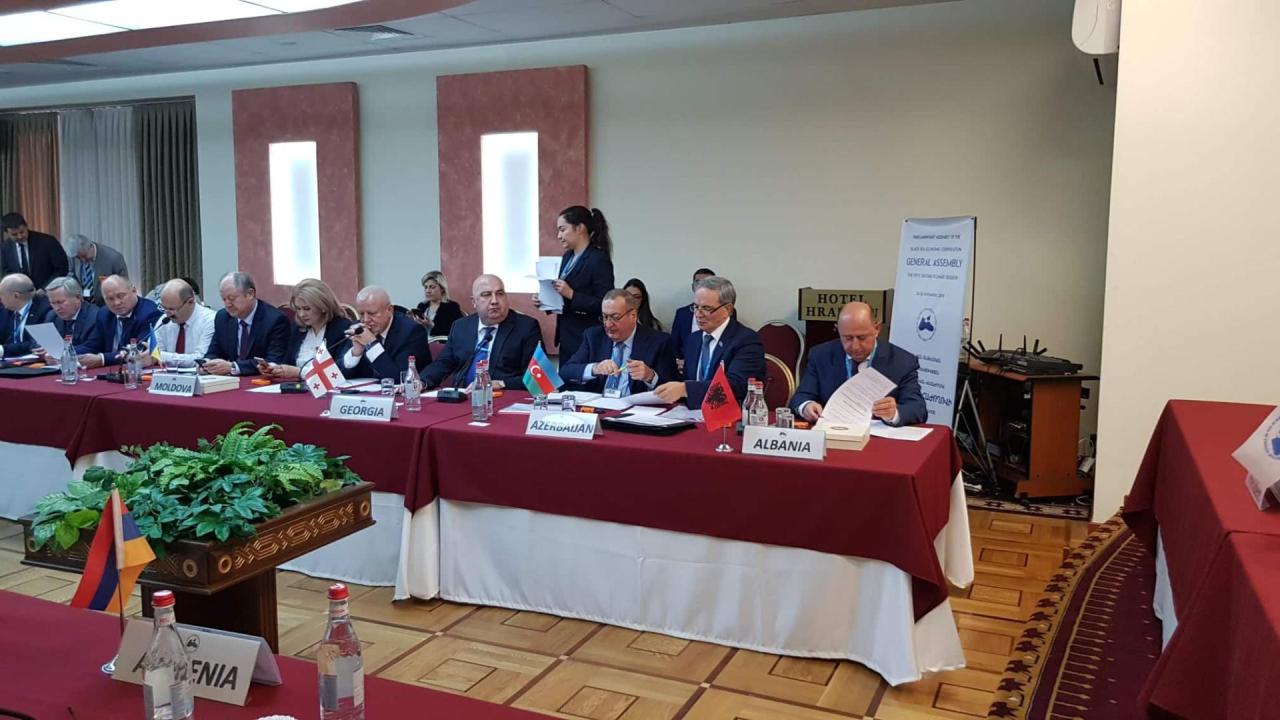